OUR NEWSLETTER, THE SLANT, LAUNCHES THIS MONTH - SUBSCRIBE BELOW!
2022 FALL/WINTER APPLICATION ROUND IS NOW CLOSED
SPRING/SUMMER 2023 FUNDING ROUND IS OPEN UNTIL MARCH 31, 2023

Our story begins with the
story of Robert Kerr...

…or Bob, as everyone called him. Although he accumulated considerable wealth during his lifetime, he did not come from wealth, nor did he have any interest in the trappings of wealth, or rich people. In fact, he harboured a deep distrust of the establishment throughout his life and wanted as little as possible to do with banks, government, and Bay Street lawyers — with one notable exception: Joel Rose, who was his lawyer, trusted friend, and after his death, president of the foundation that bears his name.

Little is known about Bob Kerr’s early life except that he was born on August 4th, 1933, in Harriston, Ontario, a town northwest of Toronto, left school early, retained little or no connection to his family, began his working life as a trucker, and at some point hit upon the idea of buying used trailers and renting them out for cartage. Through a combination of his innate intelligence, entrepreneurial vision, business savvy, and prodigious work ethic, he built a multi-million-dollar business called Blue Star Trailer Rentals and became a legend in his industry.

It wasn’t his style to pose for photos.

Years before he launched Blue Star, Bob suffered a serious business setback, one that opened his eyes to how quickly life could change, and the experience changed him. Fearing the day might come when he could no longer afford to feed himself, he kept a close eye on his spending, avoided indebting himself to any great degree, and never borrowed from the bank for his business again. Despite the wealth he later accrued, he continued to live in a modest, cottage-like home in Keswick, Ontario, drive an old Volkswagen pick-up truck, wear second-hand jeans, T-shirts, and baseball caps that he bought at Value Village, and buy lunch for his friends at Kentucky Fried Chicken on Toonie Tuesdays, when he could get the best deal. He also saved his paper coffee cups after he’d finished drinking. One person who worked closely with him recounted how he offered to buy him a coffee one morning but returned with only one cup, proceeded to pour half the contents into a saved cup, then handed him the other half, saying ‘This is for you, B. Today they were free at McDonald’s.’

That was Bob, he said.

Tall, thin, and fair-haired, he was, by all accounts, a soft-spoken man with a down-to-earth manner who preferred to keep a low profile. Although, according to one observer, he had “very little meat-on-the-bones”, others noted that his demeanour had strength, and he was not a man to be bullied. While he never married or had children, he had a long-term relationship with a Thai woman he’d met on his travels who lived with him springs and summers and worked in the trailer yard. Otherwise, he lived a largely solitary existence, prompting some to observe a loneliness about him.

He was a quiet man with a huge heart.

Despite his frugality, he was, by all accounts, a compassionate man with a generous heart and a particular soft spot for young people who were trying to better themselves in life, often in the face of overwhelming odds. If he saw they were trying their best to make their way but just needed a break, or a little guidance, he gave them a start. He gave them jobs, he gave them chances, and he didn’t judge. Maybe they were trying to beat a drug habit, but no one would hire them. Maybe they were single parents struggling to support their families. He mentored them, taught them skills, and brought them along. If they couldn’t make it to work one day because of the burdens they were carrying, he’d say, That’s okay. We’ll manage here. You do what you have to do. But if he felt they’d violated his trust, he didn’t take it lying down. He had a line.

“Bob was a big helper of people. If you asked him for help he was always there for you,” said one beneficiary of his generosity. “His attitude was, I can help you, but only to a point if you don’t help yourself. I’m not just going to give you money. I’ll give you money to help you get moving. After that, it’s up to you. With Bob, you couldn’t get something for nothing. You had to work for it. He respected a good work ethic. He wasn’t interested in giving money to leeches.” 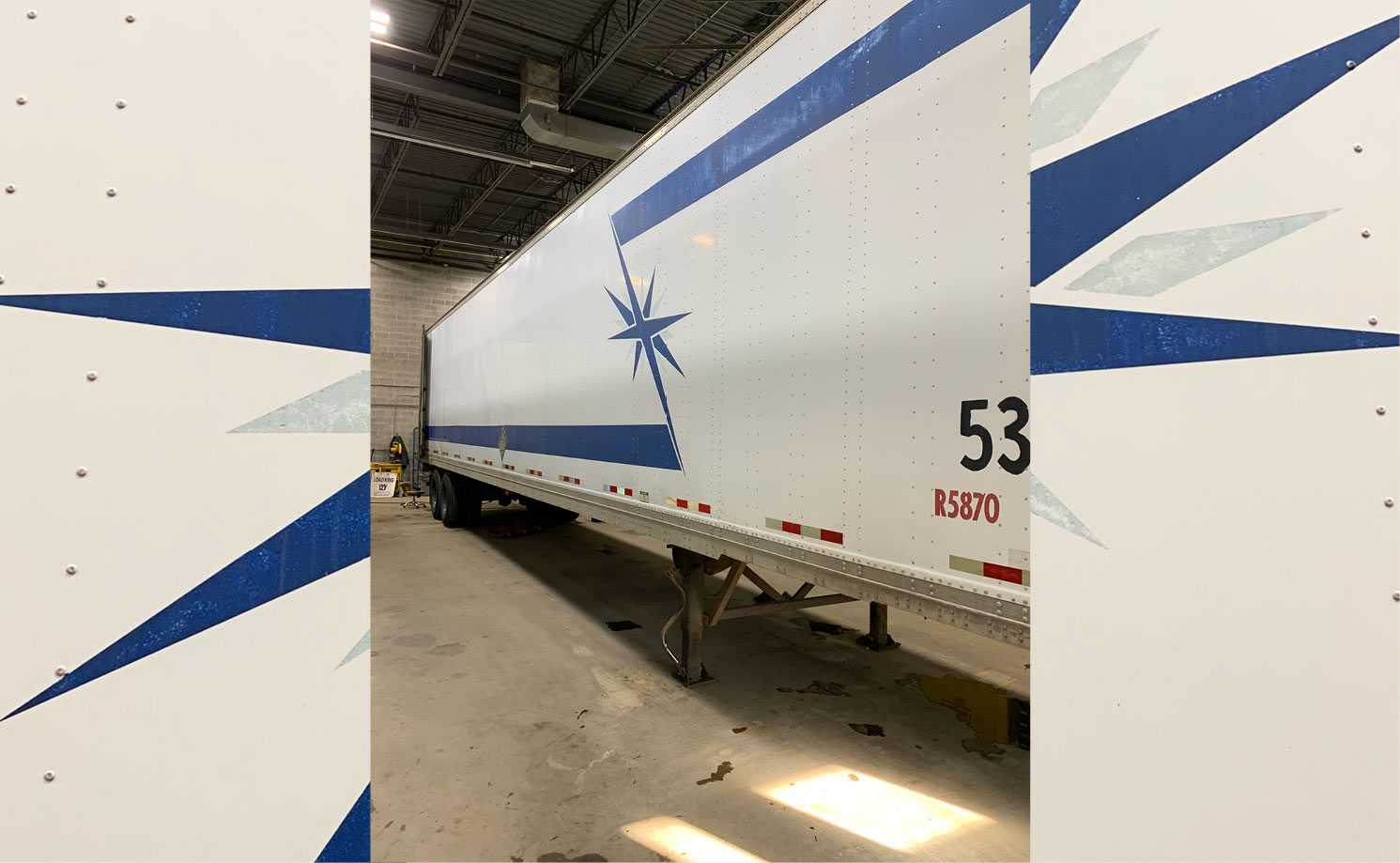 He started out building Blue Star by buying five, then 10, then 20 trailers, and renting a lot in Toronto’s west end to store them. Eventually, he needed another facility to house them. Then he bought land near the original location to avoid paying storage rates. At first, he lived in a trailer in the yard and ran the whole operation himself. As he continued to grow the business, he brought in others to help him. At some point, the story goes, he came up with the name Blue Star and told his workers to paint a huge star with a big line underneath it on the trailers.

He leveraged everything he owned to buy trailers. First, he bought on a lease, then lease-to-own. Eventually, he owned around 3,000. He realized people had to store their belongings when they moved and branched out to buying new and used containers from CP rail, which he rented out or sold for storage.

Determined to prove to himself he could make money independently of his business income, he taught himself to invest in the stock market and chose which stocks to buy by reading the newspapers. Although, after he’d suffered serious business losses, he never borrowed from the bank for his business again, decades earlier he’d taken out a million-dollar bank loan to buy mutual funds. He refused to liquidate that loan until he’d doubled his money. Within five years, he’d made a million dollars.

He had this gift to see things before anyone else saw them.

Bob was a man of principle. If he believed he’d been unfairly wronged, he did not back down from a fight. Towards the end of his life, he entered into one. During his years as the owner of Blue Star, the operator of Highway 407, a provincially tolled highway north of Toronto, billed Blue Star a total of $269.934.21 in fees for use of the highway. Bob believed the fees were properly the responsibility of the customers who had leased Blue Star trailers and transported them on Highway 407. The operator of Highway 407 saw matters differently, however, and instituted legal proceedings against his company, seeking reimbursement. The proceedings continued until the last year of his life when he instructed Joel Rose to negotiate a settlement.

Blue Star initially succeeded in resisting the claim against it in the Ontario Superior Court but lost an appeal taken to the Ontario Court of Appeal and failed in its bid to obtain leave for appeal in the Supreme Court of Canada. Joel Rose ultimately negotiated a settlement on behalf of Blue Star in the amount of $150,000, to be paid at the rate of $10,000 monthly.

In 2010, in failing health, and aware that his life was coming to an end, Bob chose to leave the majority of his legacy to a private foundation established in his name, and designated charities supporting children and the homeless as its beneficiaries. To the end, he remained a giver of chances, a righter of wrongs, and a friend of the little guy.